"As he dragged himself away, you sprang up, big as half a county, curvaceous." 'Macha', Paul Muldoon 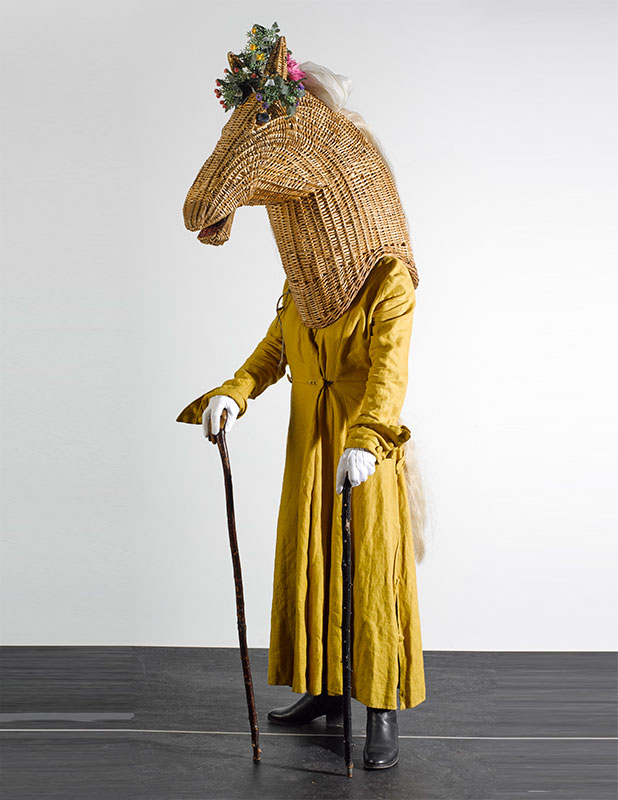 Eamhain Macha, or Navan Fort, is the mythological seat of Queen Macha, the Horse Goddess who gave her name to Ard Macha (Armagh).

Macha The Horse Goddess is an integral part of the Armagh Rhymers with her famous horse being one of our most recognisable masks (pictured, made by Paul Carville).

In legend, Macha was a princess or Goddess. One explanation as to why the site of Eamhain Macha (twins of Macha) bears her name, was that she gave birth to twins after winning a race against the King’s fastest chariot. Another legend says she traced the outline of the mound with the pin of her brooch.

Situated on the ancient road that linked Tara, seat of the Irish High Kings, with Ulster, Eamhain Macha was one of the most important locations on the island. King Conchobor ruled his Kingdom from Eamhain Macha, with great halls for feasting, storing weapons and for the spoils of war.

To Eamhain Macha, the young Cú Chulainn came from his home to be trained by the King’s Red Branch Knights.

When the Gaelic Revival spread through Ireland in the late 1800s, a rich renaissance of Irish art and literature aimed at renewing Irish culture, Eamhain Macha again became a focus of Irish life, inspiring writers and artists including Yeats, Synge, Lady Gregory and Louis le Broquy.

Eamhain Macha remained a well-known place throughout the ages with a battle on the site in 759, Brian Boru camped there is 1005 and in 1387 Niall O’Neill built a house there to entertain ‘the learned companies of Ireland’.

CLICK HERE to find out more about performances at Emain Macha.